Today, DreamHack AB, the World’s largest digital festival is thrilled to announce we will host our first event outside of Europe, which will be hosted at the Austin Convention Center on May 6-8th 2016.

Stockholm, Sweden, 2015-07-08, Press Release Today the World’s largest digital festival, DreamHack, is extremely excited to announce that we will be hosting the first ever DreamHack event outside of Europe, with DreamHack Austin officially happening from May 6-8th, 2016 at the Austin Convention Center. Best known for being the World record holder for the World’s largest LAN party, DreamHack’s foundation is its LAN party, which at DreamHack Summer and DreamHack Winter sees nearly 10,000 visitors bring their own PCs for a weekend of non-stop gaming. Since 2011 DreamHack has expanded across Europe, now hosting events in Spain, France, Germany, England, Romania and Russia, DreamHack Austin will be the first event in North America.

“DreamHack is a global phenomenon and our esports tournaments already have hundreds of millions of viewers around the globe, with the United States always being the country having the most viewership.” says Marcus Lindmark, CEO of DreamHack, “It’s been our ambition to expand to North America for a very long time, and today we are thrilled to get the ball rolling by announcing a date and venue for our first event. It’s our ambition to host a second event in another region of North America in 2016 as well, we are very excited to keep ramping things up.”

The Austin Convention Center will be the host of DreamHack Austin. When looking at different venues and cities which could host DreamHack in the US, Austin became a very natural choice. Both between the state of Texas having a long history around LAN parties and gaming culture, but the city of Austin itself and its fresh vibe, which is very much aligned to the DreamHack experience and mentality.

Alongside the famous LAN party, DreamHack events are a platform for all things internet and creative, especially with a core focus on esports. Throughout 2014 DreamHack gave out over $1,000,000 USD to hundreds of pro-gamers and things have only accelerated during 2015. DreamHack Austin will have a large focus on both World Class esport competitions, as well as more grassroots focused competitions for attendees to try their luck against the World’s best in a traditional DreamHack manner.

DreamHack Austin will feature all the core content pillars that make DreamHack what it is for visitors to enjoy, the LAN party, DreamExpo, International Esports tournaments, BYOC competitions, Cosplay, Indie Game Zone, and DreamStore. As always with DreamHack attendees will be able to shape the future of DreamHack Austin, focusing on the content as well as games and genres which the visitors are most interested in, whether its PC FPS, MOBA, RTS, Fighting Games, or Console Games, and even other gaming related activities like table top gaming and more.

For more information be sure to stay tuned to http://www.dreamhackaustin.com. Initial early bird LAN and visitor tickets will be released on September 15th, and details regarding the esport competitions will be released soon as well. 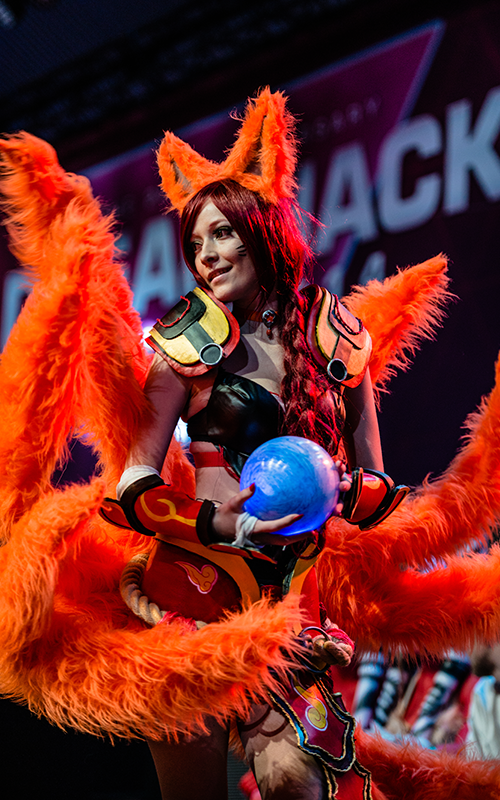 DreamHack, the world’s largest digital festival and meeting place for gamers, fans and eSports enthusiasts, is coming to Austin Convention Center for the first time May 6-8th 2016. The US is the eigth country the – originally Swedish – festival is expanding into, after attracting over 104,000 visitors and more than 15 million unique viewers via live stream to its events in 2014.

DreamHack started in November 1994 when Kenny “K2-ICE” Eklund and Martin “DH_admin” Öjes rented the local school cafeteria in the small city Malung and invited their computer enthusiast friends to join them for a week end of coding and hacking. Today DreamHack is not only the worlds largest digital festival, the indisputable largest LAN party in the world with over 26,000 visitors, 22,483 unique devices in the network and close to 10 000 visitors who enjoy DreamHack, it’s also a series of event around the world.

DreamHack’s roots and core is the LAN party, with the major events DreamHack Summer and Winter, where participants bring their own computers and connect to the Internet in a large local area network which basically BECOMES the Internet by sheer scale. DreamHack is also Sweden’s first consumer-oriented trade show / event / festival for computer games, game consoles and computers. The events are a platform for tournaments in eSports, knowledge and creative competitions, concerts by famous music artists, lectures by game developers and much more.